About 50 Jersey breeders from across the state convened on March 23, 2019, at the Wyndham in Clarion, Pa., for the annual meeting of the Pennsylvania Jersey Cattle Association (PJCA). In an industry that has struggled financially and emotionally in recent years, the day-long event provided opportunity to catch up with friends, celebrate blessings and recognize achievements.

The organization’s current president, George Dean, was honored with the Pennsylvania Distinguished Service Award. Dean operates Ro-Ann Jerseys with his wife, Peggy, and their family in Chicora. The 50-cow Registered Jersey herd is enrolled on REAP. A second-generation dairy farmer, his interest in Jerseys was sparked through a 4-H project. When the Deans established a dairy herd on their 120-acre farm in 1979, they chose Jerseys.

Dean has served as PJCA president for the past five years and presided over the Western Pennsylvania Jersey Cattle Club for six years as well. For more than 30 years, he has volunteered for the Butler Farm Show and mentored youth as a 4-H leader.

Matt and Alicia Derr, Linden, received the Pennsylvania Young Jersey Breeder Award. The couple operates Heavens Blessins Jerseys on his family farm. The 85-cow Registered Jersey herd is enrolled on REAP and has an actual 2018 herd average of 19,596 lbs. milk, 925 lbs. fat and 706 lbs. protein. The herd includes 12 Excellent and 53 Very Good cows and has an appraisal average of 82.6%. Among the goals Matt established when he returned home 14 years ago was to improve herd type and production, adopt genotyping and increase forage yield and quality. Future goals include additions to their new heifer barn and robots for milking.

The Derrs received national-level laurels as well as they earned a Young Jersey Breeder Award from the American Jersey Cattle Association for 2019. They were recognized at the organization’s annual meetings hosted by the New York Jersey breeders this past summer in Saratoga Springs.

Mount Rock Jerseys, Newville, received the Norman Genetic Award as the state’s leading herd for genetic merit. The 468-cow herd had a December 2018 herd average JPI of +76, which ranked #30 in the nation among REAP herds.

Youth were also recognized for their achievements in the Jersey queen contest, a dairy jeopardy contest facilitated by Pennsylvania State Dairy Science Club and other competitions.
Hannah Diehl, McVeytown, was crowned as the new Pennsylvania Jersey Queen. She also earned a PJCA scholarship and captured the top prizes in the senior divisions of the speech contest, the dairy jeopardy contest and the scientific poster contest.

Production awards were also presented for herd averages and individual cow production in 10 age categories based on cheese yield dollars.
Creek View Farm of Martinsburg was the high-producer for milk among large herds with 100 or more cows. The 443-cow dairy owned by the Pheasant family had a 2018 herd average of 21,614 lbs. milk, 1,019 lbs. fat and 798 lbs. protein. 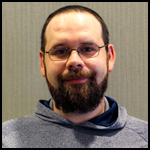